Read more about the life story of Bruce and share your memory.

Bruce followed in his dad’s footsteps, becoming a Naval Architect with Charles Morgan in 1963 in St. Petersburg, FL.  During that time, his reputation grew as an artist, and was soon creating yacht renderings for other boat builders and private yacht owners.  In the late 1960’s Bruce started Bingham Yacht Design in Santa Barbara, CA and became best-known for his 20-foot Flicka, with hundreds built in backyards world-wide as well as being manufactured by Pacific Sea Craft.   His writing career began when he was commissioned to write and illustrate for Rudder Magazine.  In 1973, Bruce’s first book, Ferro Cement Design Techniques, and Applications, was published.  Shortly thereafter, he began producing a monthly column in Sail Magazine, called “The Sailors Sketchbook”, that continued for 8 years.  Over the years, Bruce’s articles and illustrations also began appearing in Cruising World Magazine, Boating, Small Boat Journal, Yachting, Yachting World, and other periodicals.  In 1990 Bruce began writing and illustrating “The Workbench” for Cruising World Magazine, which lasted for 7 years and was published as a book in 2004.  In 2010 Bruce’s boat Nikki, that he lived aboard, won the Racing/Cruising Florida Suncoast’s Boat of the Year.  He had lived aboard several sailboats for over 30 years.

A Celebration of Life will be held at a later date in Gulfport, FL.

To send flowers to the family or plant a tree in memory of Bruce Potter Bingham, please visit our floral store. 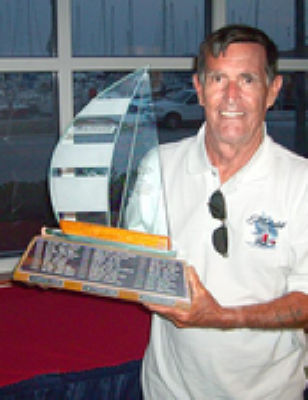 You can still show your support by sending flowers directly to the family, or by planting a memorial tree in the memory of Bruce Potter Bingham
SHARE OBITUARY
© 2022 Apostle I Funeral Home, LLC. All Rights Reserved. Funeral Home website by CFS & TA | Terms of Use | Privacy Policy | Accessibility